The unsung female heroes of Bradford were once again honoured for their contributions and achievements across public and home life at the coveted award ceremony, which continues to go from strength to strength, with a new category added each year. The third, annual Bradford Inspirational Women Awards (BIWA) was held on Saturday 29th March at the Hilton Hotel, Bradford. This year’s new category was Inspirational Woman in Public Services. In addition, two Special Awards were presented on the night by the founders of the Inspirational Woman Foundation – a not for profit organisation established to work with and to support women, be it at home, in the workplace, in the community or in business, of which the Inspirational Women Awards are now a part. 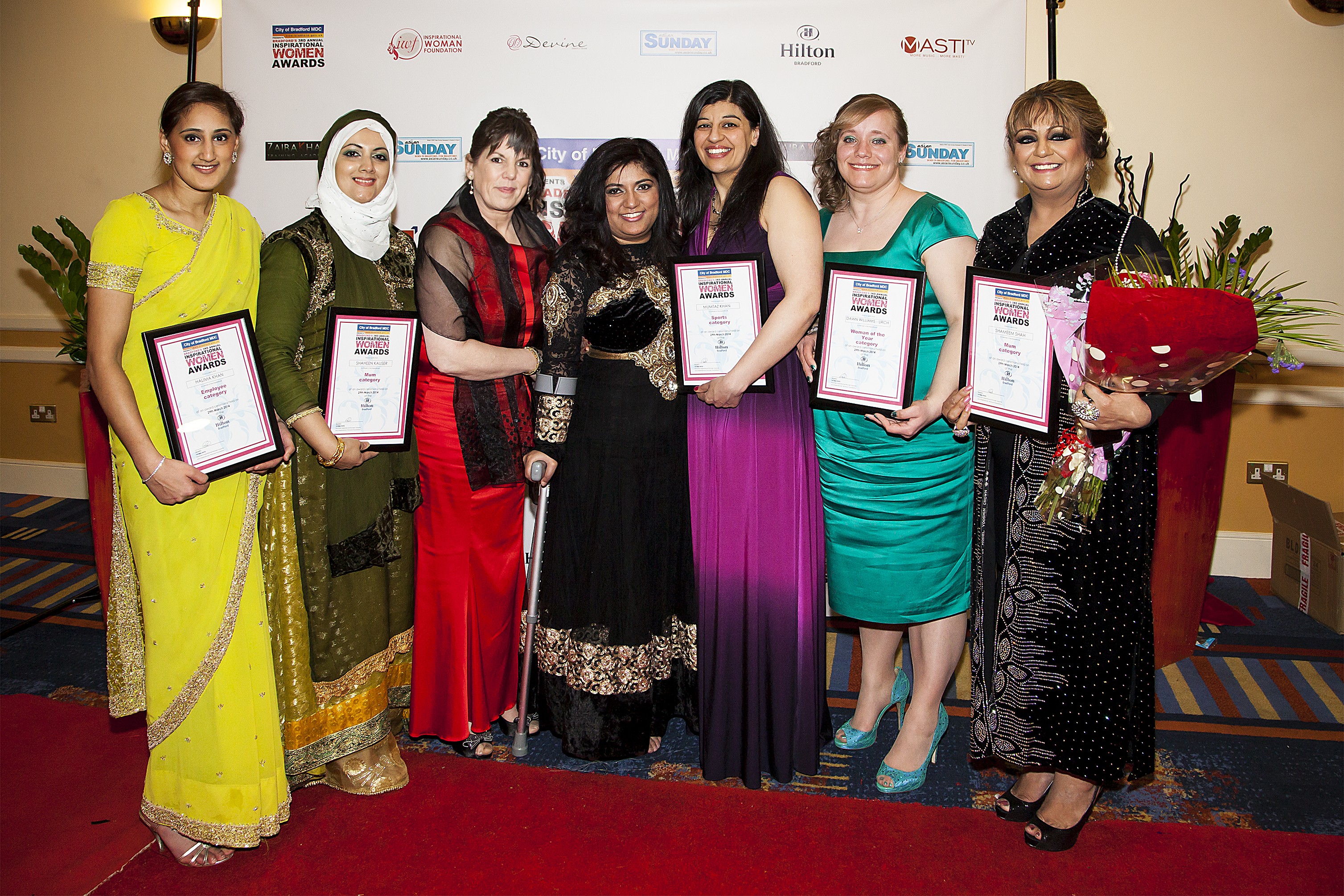 Shameem Shah, single mother of three daughters and a foster parent to several others

The other special award was given to Indian cinema’s most lauded actress and role model, Madhuri Dixit, who was honoured as the most Inspirational Female Bollywood Icon, as voted by the public.

Last year, as the world celebrated 100 years of Bollywood cinema, a special category was announced at BIWA 2013for the public to nominate their most Inspirational Female Bollywood Icon. The winner, by public nomination, was Madhuri Dixit. In a special video message played at the event, the celebrated actress said, “Greetings everyone. I wanted to reach out and thank the Inspirational Women’s Foundation for choosing me as the most inspirational Female Bollywood Icon of all times. It’s indeed a great honour.

I’ve been a staunch advocate of women’s empowerment and I’ve worked hard throughout my career to advance the cause. It is heartening to see that gender equality is really becoming more of a reality. There is still much more to be done and I’m confident that, by working together, we can empower women worldwide. I would personally like to thank Fatima Patel, Jane Vincent and the Inspirational Women’s Foundation for making this possible. Thank you.”

Speaking at the event, Fatima said, “I am truly overwhelmed by the support received from Bradford Council, MP’s and businesses across the district. The Inspirational Women Awards has truly been a worthy cause, as the funds generated will now be used for the Foundation’s first project.  The project has actually been inspired from the journey of our Inspirational Bollywood Icon winner, Madhuri Dixit. It was inspiring to see how, at the height of her career, she left India to settle in Denver and have a family. The world of the East and West is different and I think Madhuri went back to India stronger. We want to invite women who live in rural villages to come to the UK and spend time shadowing inspirational women here, to be able to help them learn skills and see how life is lived here in the West. More so to be aspired and inspired with a view to improving lives. We will be starting the first pilot with women from India and will then work with many other countries to deliver, exchange trips. There is always something we can learn from each other.”

Fellow Bradfordian and businesswoman Jane Vincent (Owner of recruitment company, Candelisa People; and Co-founder of CIC, Positive Bradford) said, ”The Inspirational Women Awards are just getting bigger and bigger each year. We’ve already been asked to reserve tickets from people for next year. It’s great to see so much support.”